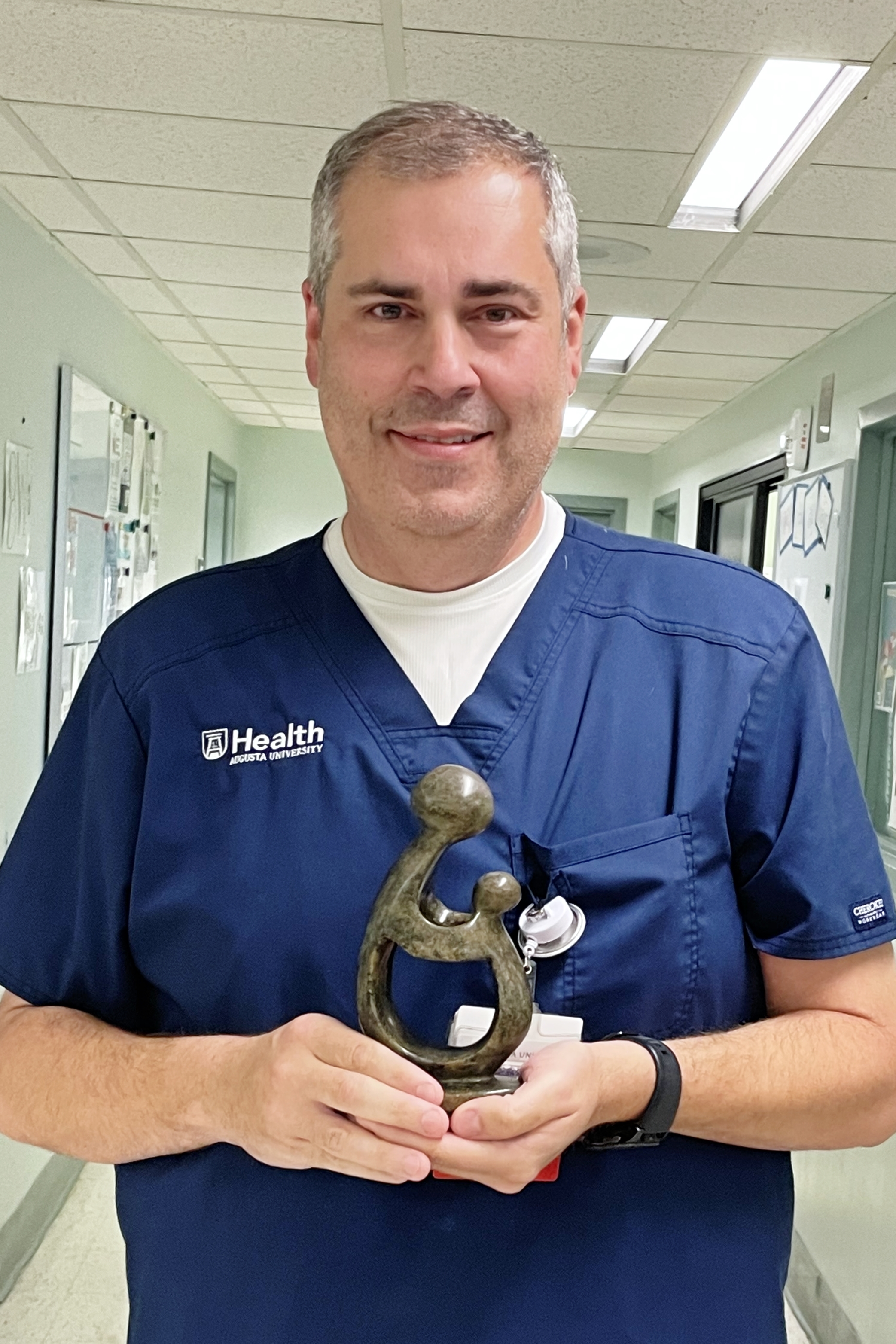 Perianesthesia
Augusta University Medical Center
Augusta
,
GA
United States
She explained to Daniel that Covid had affected her income and that her budget was very tight. Daniel didn't skip a beat, he said that's where she was wrong. We listened intently as he told her about the magic of Christmas.
This is one of the most touching stories I have ever experienced as a nurse and I felt compelled to share it. It was Christmas 2021. I'll never forget it. Daniel had just become our charge nurse. Before that, he usually asked to get all of our patients with special needs ready for surgery. He typically called the patient's parents, or care providers the day before to make sure we made special arrangements for any special accommodations. I've known him to bring in coloring books and crayons, Legos, puzzles, and even one of his daughter's Barbie dolls to keep these patients entertained.

On this day he had called and talked to the patient’s mother. Daniel found out the patient was very nervous about needles and hospitals. The patient arrived and Daniel escorted him to the room. Daniel being Daniel was so silly with him. I remember hearing the patient and his mother laugh and laugh. The patient’s mother even commented that she had never heard him laugh so much in many years. I remember, because I was taking care of the patient in the next room. My patient, his wife, and I laughed so much too. It was entertaining to hear Daniel make those noises and tell his dumb dad jokes. I think hearing him crack himself up was the funniest part of it all.

I remember Daniel asking him if he were ready for Santa Claus to come to see him. That's when the real story begins. The mood changed. We listened as the patient’s mother explain that Santa may not be able to bring much this year. She explained to Daniel that Covid had affected her income and that her budget was very tight. Daniel didn't skip a beat, he said that's where she was wrong. We listened intently as he told her about the magic of Christmas. Daniel told her that as long as good little boys and caring loving mommies like her believed in Christmas, Santa would always find a way. Daniel told a very personal story that is not mine to share, but I can tell you it had meaning for the patient’s mother.

The moral of his story was this. No matter how far of a hole you fall or how bad it looks; as long as Jesus lives in your heart, he will guide you back to the mountain. Santa is real. Daniel walked out and came back in a little while later. We heard him say, you'll never believe it. He said he found a little Christmas miracle that belonged to her. She refused to take it at first. Daniel told her that Christmas miracles happened every day. I remember Daniel telling her that their paths crossed for a reason and that she should accept it. He said it wasn't polite to decline a gift from the fat man. He said that Santa can’t be everywhere, all the time, that’s why he sends his elves to help. I don’t know how much money he gave her, but it was enough for a good meal, and a few gifts under the tree. His last words to her were "always believe". I remember distinctly the young man's laugh. He just laughed and laughed. It was the sound of innocence and love. His mom tried to get him to say thank you to Daniel. Daniel tried to get him to talk too, but mom said he has a limited vocabulary: mom, moo, cat, dog. Just a few basic nouns.

The part that gives me goosebumps, is just this last week when the patient came back. Daniel said "hey, x" like he had seen a long, lost friend, and x looked up and said "Hi Daniel" just as plain as day. The look on the mother's face was priceless. Daniel, unphased just walked up to him, started talking to him, and escorted him to his room.

Daniel does so much for everyone. He always has kind words to say, he promotes a fun environment and works hard to make sure our patients get great care. It's so obvious in everything he does. They say a person may not remember your name, but they will remember how you made them feel. In this case, Daniel made such a profound impact on this young man, he will be forever sketched in his heart. Just like Santa, Daniel does many kindnesses behind a closed door. He doesn't advertise, he doesn't do it for praise or glory. He does it out of the kindness of his heart. He is truly an Extraordinary Nurse and is so deserving of The DAISY Award.
Daniel
, view your benefits
Print
Daniel
's Spotlight