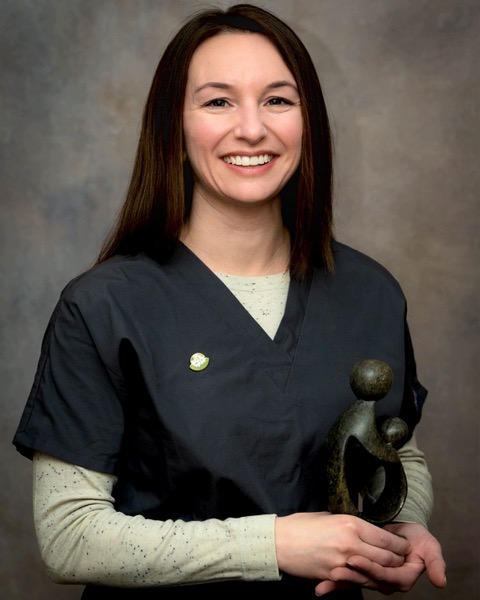 Day Surgery
St. Alexius Medical Center
Hoffman Estates
,
IL
United States
I was scheduled for Day Surgery the day that the Chicagoland area was in the midst of a blizzard- 8-12 inches of snow and winds that made the snow horizontal.
My wife and I arrived at the appointed time of 6:00 AM. As a group of 7 or 8 of us were brought into the prep area, Jeanette was by the door and called out to the group, "I am looking for John." It felt good, and reassuring, to be called by my first name and greeted at the door.
She quickly settled me in and explained how the next several hours would play out. She was direct and confident but soothing at the same time. I was nervous enough about the procedure, but at least I knew the details of what would be happening. And I quickly surmised that I was in competent hands. She had a calming influence on my wife, as well.
As she went about her business, we all talked about the snowstorm and difficulties of getting to the hospital. Her drive in was equally as bad as ours. In addition, I lamented that I sorely missed my morning coffee, as my instructions were to not have any liquids after 3:30 AM. I jokingly said that it would be nice to have a hot pot of coffee when I came out of the surgery. She asked me what I take in my coffee, and I, continuing the banter, replied, "No cream or sugar, but two packets of sweetener." My wife and I asked several questions, one of which she said she could not answer (didn't know) and recommended that we ask my doctor.
The sequence and timing of the events played out exactly as Jeanette had outlined. And, when I returned to the prep area, Jeanette was awaiting me and talking with my wife. She stepped away momentarily and returned with a cup of coffee and two packets of Equal. During the short post-operation period, Jeanette checked in on me every few minutes, explaining what to expect next, and answering all the questions that both my wife and I had. She even retrieved a second cup of coffee when I asked for one. When the doctor arrived to talk with me, she appeared and listened in. As he was about to leave, I had forgotten my earlier question, and she alerted the doctor to the question I had asked her before the procedure. She went well beyond what I was expecting; she became my advocate. Amazing.
I took the time to write out this nomination because I believe that true excellence needs to be recognized and celebrated.
I know getting someone a cup of coffee, or reminding someone of a question, may not seem like much. But, look at what it represents. She talked to me as a person, not a patient. She listened, and she took an action based on what she heard.
I am 65 years old and have been a "consumer" of medical services (for myself and family) for decades; doctor's offices, labs, x-ray/imaging, hospitals, urgent care facilities, emergency rooms, etc. If your goal is to recognize role models for the nursing community, then Jeanette would be a bulls-eye example.
Jeanette
, view your benefits
Print
Jeanette
's Spotlight